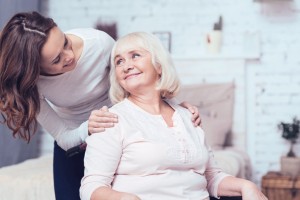 As parents age, the responsibility to care for them often falls on one of their children. The issue that arises is how should that child be compensated for providing that care?

Sometimes siblings agree that the caregiving sibling will receive a greater share of their parents’ property when the parents die in order to compensate them for the care they have provided. This may create a legal obligation called a proprietary estoppel even though there is no written agreement.

A proprietary estoppel arises when

• a promise or assurance is made,
• someone relies on that promise and provides care, and
• that person suffers a detriment if the person who made the promise later backs out of it and is therefore unjustly enriched.

The Supreme Court of Canada in Cowper-Smith v. Morgan 2017 SCC 61 recently decided that even if a person promises to give another property that they will not own until their parents die the doctrine of proprietary estoppel attaches to their interest in the property as soon as they inherit it.

This decision will facilitate verbal agreements between siblings to allow one of them to care for aging parents and to be compensated on their parents’ death.

The issue becomes less clear if the sibling who made the promise does not inherit as much property as they anticipated when the verbal agreement was reached.

When a person dies and does not leave a Will, the estate is...
Read More
Digital assets are not a new concept but since the declaration...
Read More
Choosing an executor is an important decision and taking on...
Read More
Request a Consultation 250.590.6226
Close
Close