Who Gets the Dog? – Separation, Divorce and Family Law 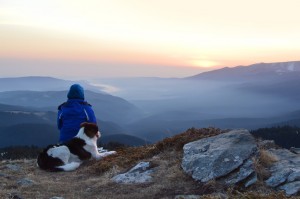 One of the most difficult issues when spouses separate can be “who gets the dog” as people can be as attached to their pets as they are to their children.

Until now courts have looked at pets as property and tried to determine ownership by relying on documents that show who purchased the dog or who attained licenses for the dog.

Courts resent these applications and often see them as a waste of the courts’ oversubscribed time and if it is not clear who owns the dog courts often order that the spouses share “custody” of the dog.

A recent decision Baker v. Harmina 2018 NLCA 15 made it all the way to the Court of Appeal. The Court made an order that the dog Mya (a Bernese-poodle cross) be given to Baker who technically purchased her.

The interesting thing about this decision however was a dissenting decision written by Justice Lois Hoegg. A dissenting decision is not binding but may provide some guidance to future litigants. The decision stated “Like the [Supreme Court] judge, I am of the view that the ownership of Mya involved much more than a determination of who paid for her at the time of purchase,” wrote Hoegg, who spoke of the “personality, affection, loyalty [and] intelligence” of dogs. “The ownership of a dog is a more complex and nuanced question than the ownership of, say, a bicycle.” Hoegg referenced MacDonald v. Pearl 2017 NSSM 5, a Nova Scotia case posing questions such as: Was the animal acquired during the relationship? Who bore the burden of the care and comfort of the animal? Who paid for the animal’s upkeep? Who cared for it?

When someone owns property outside of British Columbia it is...
Read More
The Family Law Act of B.C. sets out a regime whereby a spouse...
Read More
In the past insurance companies have refused to pay...
Read More
Request a Consultation 250.590.6226
Close
Close