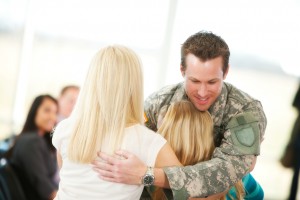 The British Columbia Court of Appeal Lozinski v. Lozinski (BCCA) 2017 BCJ No. 1467 considered the issue of whether or not a Veterans Affairs Pension should be taken into account to calculate child maintenance and spousal maintenance.

The Court held that even though a VA Pension is not included as income when using the guidelines, it is appropriate to take it in to account as part of the conditions, means, needs and other circumstances of each spouse pursuant to section 9(c) of the Federal Child Support Guidelines and section 15.2(4) of the Divorce Act.

In Lozinski v. Lozinski the parties had a shared parenting regime and although the VA Pension was not income as defined by the guidelines it had been used by the spouses to pay their bills and to support their expenses.

The Court allowed this to be used by the wife to support her argument to depart from the mid-range spousal support amount set out in the guidelines. She received a higher amount of spousal maintenance which brought her net disposable income closer to that of her husband’s and which gave the spouses comparable standards of living.